Oyster is synonym with luxury delicacy and not widely consumed by Malaysian generally. Packed with minerals and protein, oyster is highly nutritious while low in cholesterol and calories. Little known to the younger generation, the Malaysian oyster fishery has more than 150 years of history. True oysters (Crassostrea spp.) in Malaysia are usually found in both brackish and marine environment, thriving  at estuarine and mangrove ecosystems.  In Muar,  a healthy oyster population has existed and and fished by the local people  for generations. Earliest record was found in The Journal of the Indian Archipelago and Eastern in 1858, narrated by Captain R. Macpherson, the then Resident Councilor at Malacca, when he passed through Muar on the way to Melaka:

“The mouth of the river (Sg. Kesang) is famous for its oyster beds, the fish being very large and has excellent flavour.”

Sungai Kesang, a smaller river not far from Sungai Muar, was once within the territory of Muar. The oyster fishery at Sungai Kesang does  not exist anymore due, most probably due to environmental changes relatedto flood mitigation project. 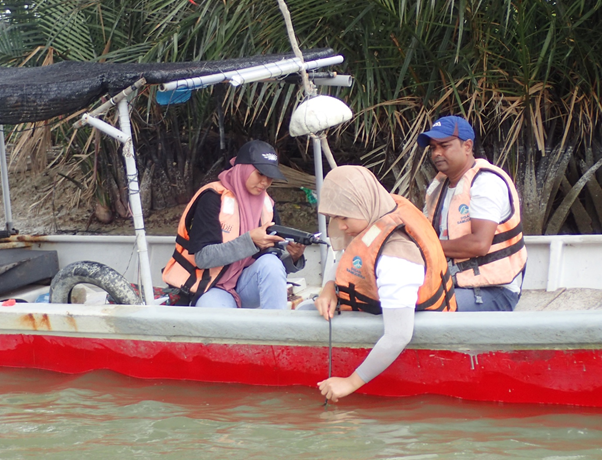 Later in the Guide to the Zoological Collections of Raffles Museum, Singapore (1908), R. Hanitsch mentioned that Muar supplied most of  oysters sold in the Singapore market. He narrated that:

“The Muar oysters are… found in the bed of the river, some near the town of Banda Maharani (now Muar town), others nearer to the river mouth. The latter are bigger and better quality and are reserved for the Sultan and palace officials.” 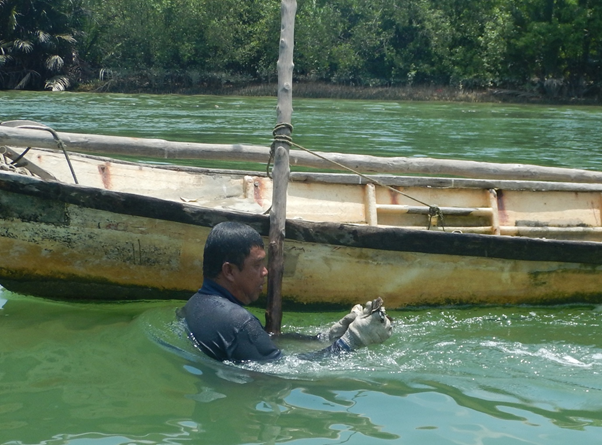 Pak Zainal, a third-generation oyster diver, just returned to water surface with oysters found at the river bottom. The 40 ft mangrove pole served as the anchor for the boat and safety for oyster divers in the rapid currents.

As described by Hanitsch, the fishers  in Sungai Muar are still using the same method to collect oysters, by diving to the river bed during the low tide. Holding their breath, they search for oysters with their bare hands, as the visibility is low at the muddy bottom. Today, less than 10 oyster divers remain in this profession. Many of them are third or fourth generation inheriting their oyster diving skills from their forefathers. The oyster population has decreased and oyster diving is no longer a lucrative profession. River is often quoted as one of the most threatened ecosystems highly impacted by anthropogenic stressors. .

Other than the improvement of livelihood for oyster divers, a stable and sustainable oyster population is beneficial to the environment. Oysters are filter feeders, and they are known to contribute to better water quality by compressing suspended solids and depositing excreted solids to the bottom. The formation of bottom oyster reefs could provide shelter and habitat to other organisms, thus enriching the biodiversity of aquatic ecosystems. As oyster farming is an extractive aquaculture, not only no feeding required for oyster grow-out, they feed on microalgae which will indirectly reduce nutrient pollution which could cause harmful algae bloom. 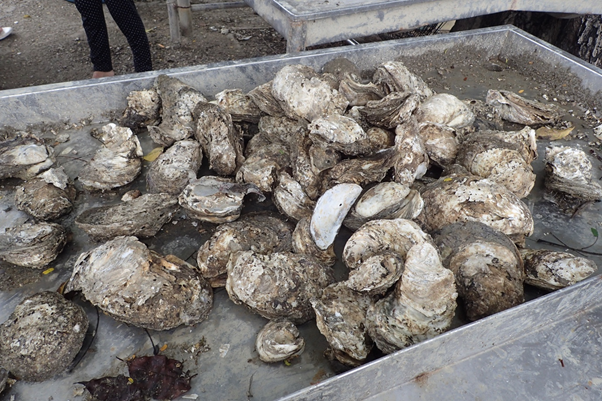 Oysters brought back by oyster-divers sold at the jetty. It can be consumed fresh or made into famous Muar oyster omelette.

With all the above benefits, oyster farming is environmentally friendly and should be encouraged among aquaculturists. Most importantly, the oyster fishery of Muar should be protected as it is part of our national heritage.