Blue swimmer crab (Portunus pelagicus), locally known as Ketam Renjung or Ketam Bunga, is an important coastal fishery product. Fishing of this species usually operated by just one or two artisanal fishermen in small boats, either using trap (bubu) or fishing net. Blue swimmer crab is excellent in taste with their succulent sweet and juicy flesh, highly sought after by seafood lovers. However, due to anthropogenic stresses and over fishing in some coastal waters, the landing of blue swimmer crab has decreased. 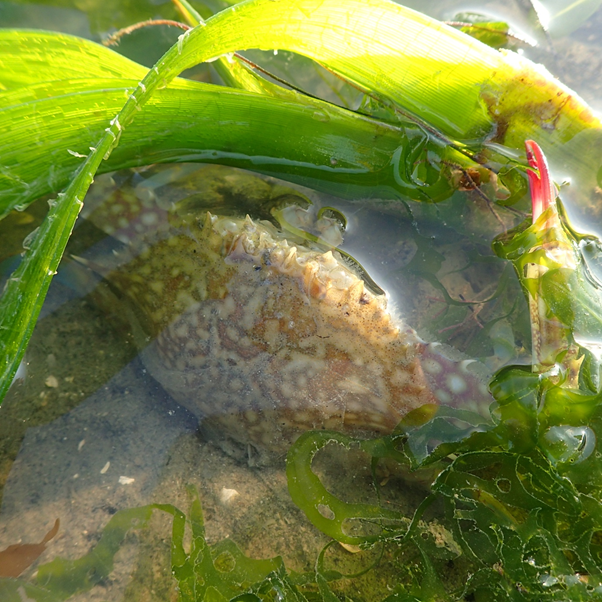 In order to compensate lower landing, fishermen started to harvest even the immature crabs, leading to a vicious cycle which eventually threaten their livelihood. I-AQUAS has established blue swimmer crab seed production technology since 2018. However, demand for blue swimmer crab farming remains low as grow-out culture technology is still in research phase. 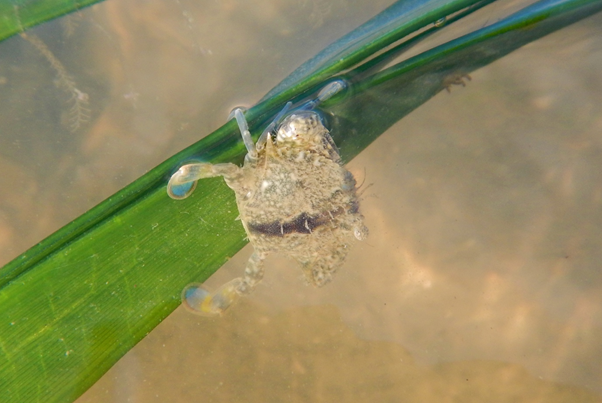 In 2019, Department of Fisheries Malaysia (DoF) started working with I-AQUAS to look into the needs for blue swimmer crab restocking. DoF was keen to improve the livelihood of artisanal fishermen through periodical releasing of crablets into their natural habitats. Through this restocking effort, DoF wished to assist the recovery of natural stock of blue swimmer crab. After essential sites were identified, RM50,000 funds were channeled to I-AQUAS for crablets production which were then handed over to DoF for releasing into the designated sites. 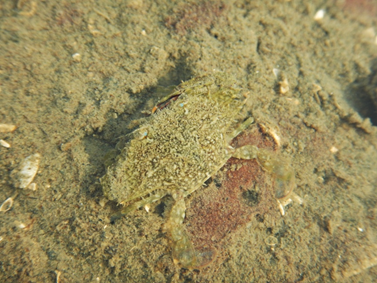 Juvenile crab feeding on muddy bottom, their coloration blends well into the environment

Mature crab broodstocks were trapped at Port Dickson waters and brought back to I-AQUAS hatchery for conditioning. It usually took two weeks after hatched before the larvae settled as crablets. To ensure the higher survival rate of these crablets, I-AQUAS raised them further for a week or two before crablets were brought to the designated sites to be released into their natural habitats.

The survival of crablets is highly dependent on the health of seagrass beds. Seagrass beds are important habitat for crablets, providing shelter and nursery ground with plenty of zooplankton to fulfill their nutritional needs. The restocking effort could assist natural population recovery but would not be as effective without healthy seagrass beds and awareness among fishermen. Determining NO-TAKE crabs such as those below certain size measured by carapace width and the berried females are as important to ensure the sustainability of blue swimmer crab yield.

I-AQUAS together with DoF will continue to play our roles to ensure the sustainability of Malaysian fisheries. 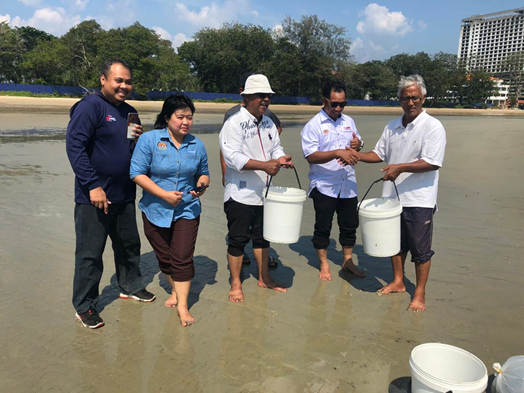 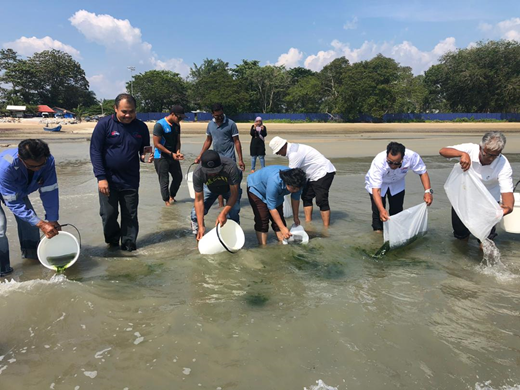 Crablets gently released and back to their natural habitat.