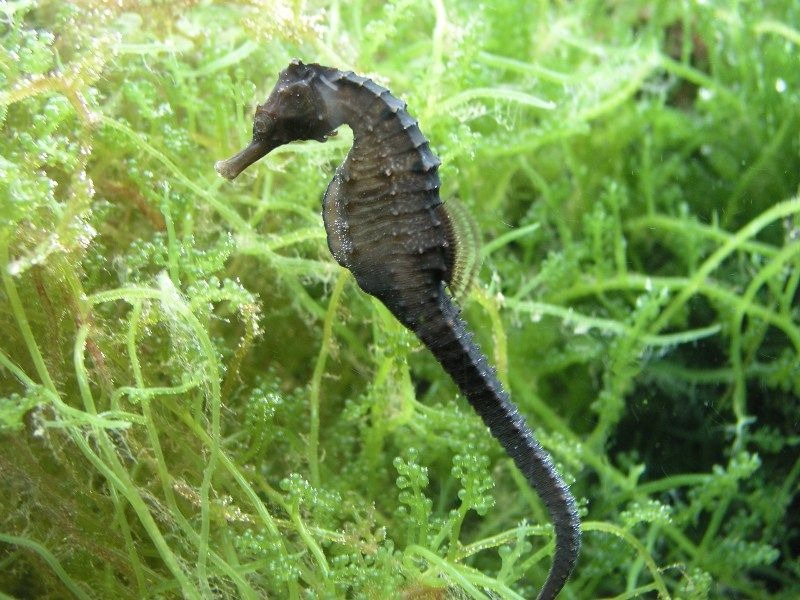 Seahorse is common bycatch among coastal fishing activities, but occasionally, they were found drifting beneath sea surface and can be easily scooped up by the fishermen. We documented three drifting juvenile seahorses Hippocampus trimaculatus Leach, 1814, collected offshore at Malacca Strait, found drifting possibly for passive dispersal. Most population of seahorse show low genetic diversity probably due to their poor mobility trait and are descendants from limited numbers of population founders. Observations of migrating seahorses are rarely reported and their dispersive mechanism remains largely unknown. The drifting seahorses found offshore at the central region of Malacca Strait could be a strong evidence for the passive long-distance migration in young seahorses. And in this case, the species H. trimaculatus have a wide geographical range in the tropical and sub-tropical waters, including Japan, China, India, Southeast Asia, northern Australia, and likely extending to Papua New Guinea, Bangladesh, and Sri Lanka, which may be dispersed through passive drifting migration. Distribution and speciation patterns in seahorse are influenced by factors such as allopatric barriers and ecological boundaries. Drifting behaviour of H. trimaculatus however may be passively influenced by external factors such as food availability, environmental changes and habitat disturbance, despite their circadian rhythm. Many migration behaviours in seahorse are found relying on drifting materials such as seaweeds, and floating debris. Although there were floating debris and suspended solids observed nearby, the drifting H. trimaculatus juveniles were found free-drifting, and curled up with lowered head. This observation indicates that careful measure must be taken especially in floating marine plastic cleaning efforts, as drifting seahorses may become accidental victims of good intentions.