The blood cockle farming industry is not as good as it used to be since the cockle production statistics dropped tremendously. According to the annual report by the Department of Fisheries, the production trend of blood cockle or scientifically known as Tegillarca granosa in the states of Perak, Selangor, and Johor is constantly decreasing, despite the fluctuated trend observed in Johor for the past years (DOF, 2019) (Figure 1). Many factors that cause decline in productivity including blood cockle mortality, loss or migration due to swept away by waves, smuggling and the threat of predators. Various efforts have been made by related agency to reduce the potential factors that caused low productivity, this including farm expansion and introduction of new farm areas as in Selangor and Johor (DOF, 2017). The farm expansion at Selangor has increased twice the size in 1995, from 4,753 hectares to more than 10,000 hectares in 2010 or equal to more than 200% expansion (Mohd and Faizal 2013). However, the positive result in Selangor was not sustained as the yield constantly decreased in the following years and worsened starting from the year 2016 (DOF, 2019). This shows that area is not the main factor to increase the production yield.

Pollutants and land-based particle inputs are documented as the main causative factors of cultivation site degradation. A high concentration of Ammonia originates from agricultural activities, mainly from the animal farm was reported affecting several cultivation sites at Selangor (Ramli et al., 2013). In much recent study that combining field and laboratory testing, Diuron an active agent as herbicide and fungicide in agricultural and industrial sectors was found as high 3910 ppb or equal to 3.91 mg.L-1 in the water samples collected from a paddy plantation area in Selangor after discharged of the irrigation water (Mohamat-Yusuff et al. 2020). The same author had suggested the Diuron in the irrigation water threatening the blood cockle farms at the coastal areas that continuously receive the discharge of the irrigation water (Mohamat-Yusuff et al. 2020). The LC50 of Diuron on blood cockles was 1.84 ppm or equal to 1.84 mg.L-1 (Mohamat-Yusuff et al. 2020).  Input load of fine sediment into blood cockle cultivation site will give negative implication on the blood cockle as reported by Harrison et al. (2007).

Land conversion to agricultural practices and urbanization along the Straits of Malacca coastal regimes happen continuously and would be important factors of coastal land-use changes in Malaysia. Thus it is highly crucial to deepen our understanding of the best ecological niche for optimal blood cockle cultivation area and the acute level of the contaminants in predicting the degree of risk faced by the cultivation sites. These data and land usage data would be essential sets of information in identifying and predicting the risk of site degradation as well as identify the best habitat conservation to prevent further degradation of blood cockle cultivation area. Hence, will help to increase the productivity of blood cockles in Malaysia for the long term. This input will also facilitate government agencies in identifying the best management option such as in developing a prevention plan on active cultivation sites and conservation plan for badly affected sites to assure the sustainable blood cockle industry in Malaysia. Figure 2: Sample of blood cockles at the habitat. 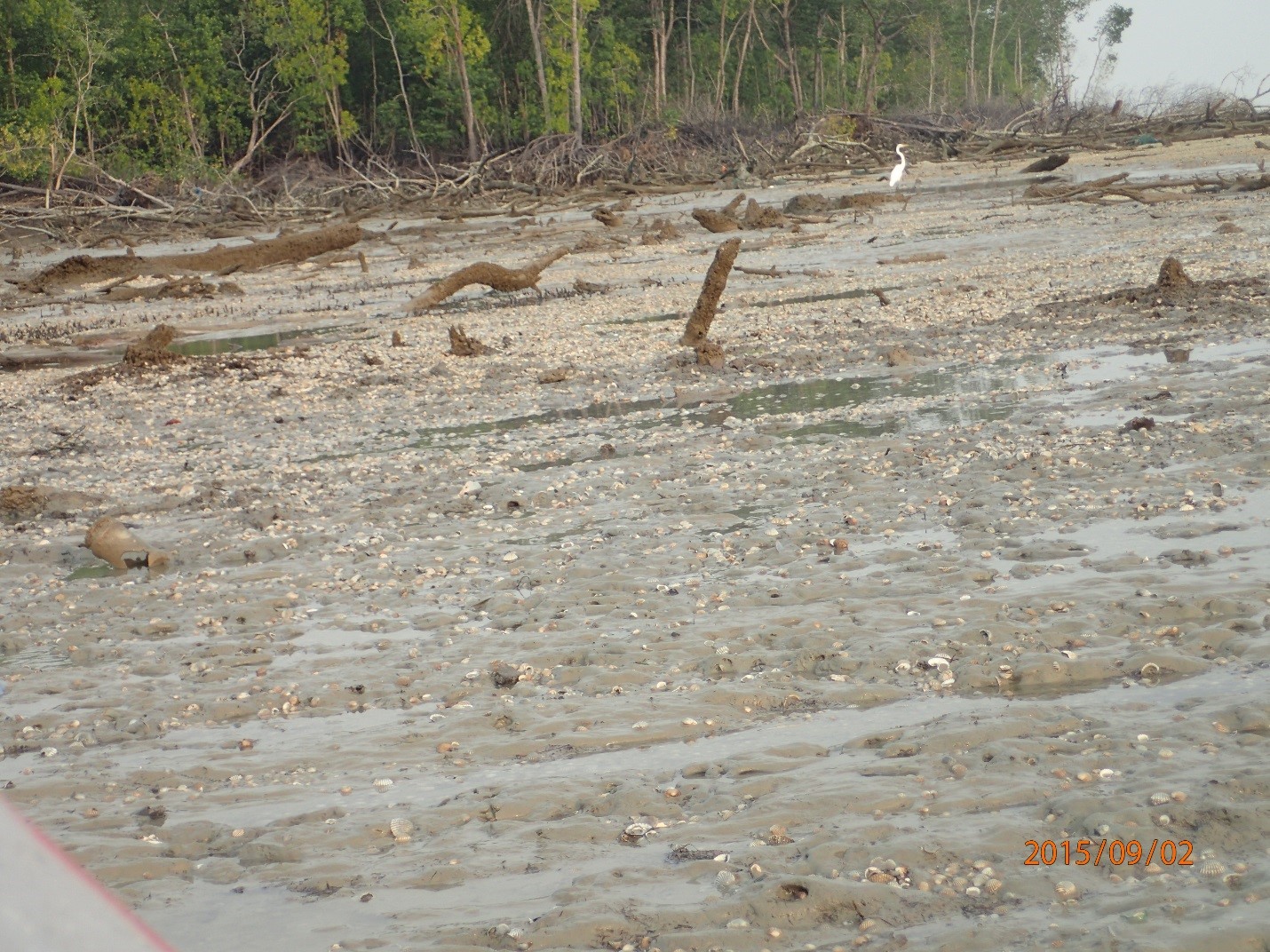